Innovation doesn’t have to equal invention 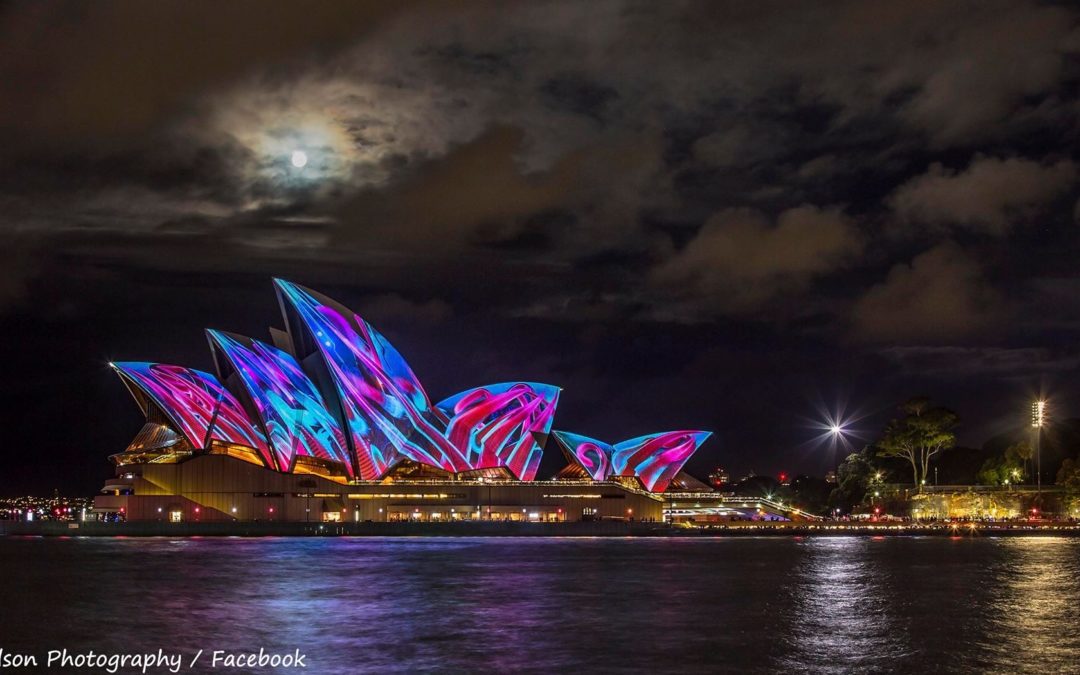 I’ve always been a big believer that innovation doesn’t have to be that inspiration that wakes you up at 3am where you go off and invent something no one has ever seen before. Sometimes it can be as simple as looking at the way we’ve always done things, and think, “how could we do it better”?

This was reinforced to me again during a short trip to Sydney where I was due to hold a couple of customer experience meetings and an innovation session with a group of super talented lawyers at one of the more forward thinking firms I work with.

After quite a long stint in the office the day before my presentation, it was time to call it a day and grab a late dinner (and by dinner I mean a burger and fries, a girl’s gotta eat). As I stepped out onto Pitt Street to head towards the harbour in search of food, I found myself smack bang in the middle of Vivid Sydney*.

Sydney Harbour is what most visitors to Sydney come to see, and one of the things the locals love the most about their vibrant city.  For me, I’ve always been partial to the iconic Sydney Opera House: the architecture, the blue sea and sky backdrop, the fact it is instantly recognised worldwide. And I think most people would agree it’s pretty amazing just the way it is, right?

But wow, with a little bit of imagination and some high powered projections thrown onto the white tiled sail canvas, it’s even better. I’d even say that sort of colourful innovation is transformative.

Innovation in law is no different. Some of the best examples of innovation I’ve seen implemented are when we’ve taken time out to think how we can improve the way it has “always been done”. What would make this [process, task, role, value-add] even better?

In one case looking at the dreaded internal billing cycle, we mapped the entire process from end to end, and discovered that the one thing that caused the most angst and delays, was when the bill finally got to the partner at the end of the process and they changed the goal posts (eg. they’d had a discussion with the client and agreed a discount weeks before, or agreed not to charge for a particular phase of work). This often resulted in bills having to be re-calibrated, edited and manually reposted after cut-offs had passed.

The winning solution to solve this dilemma? A short 15 minute meeting held at the beginning of the billing cycle where the partner could advise any bill protocols for that month. Believe it or not, this shaved almost two days off the billing cycle. Two days. In exchange for 15 minutes. I’m not sure who was happier, the partner getting the bills out on time, or the legal secretaries and lawyers not having to re-do a mountain of work. (Kidding – I know it was the secretaries – they gave me chocolate). It also goes to show that innovation doesn’t also have to mean ‘technology’.

I often hear “if it ain’t broke, don’t ‘fix’ it”. In some cases this may hold true. The Opera House wasn’t ‘broken’. But turning it into a pulsating pink and blue neon jellyfish proves it doesn’t matter how good something is, there is always a way to make it even better.

So next time instead of shaking your head frustrated with the way things are, think instead, how could I make it better? And before you know it, you’re innovating.

*Vivid Sydney is a 23-day festival of light, music and ideas held each winter.
* photograph used with permission with thanks to Adrian Kelson Photography Alison Laird always wanted to be an astronaut, but somehow ended up in the legal industry without being a lawyer. Fast forward 14 years and she specialises in helping the legal profession create a new ‘normal’ to deliver faster, better, and more efficient services combining people, process and technology.

She is the Director of innovation consultancy Laird Innovations – a management consultancy demystifying innovation and improving operational efficiency for law firms, in-house corporate counsel and professional services. In addition to her day job, she is a member of the Centre for Legal Innovation Advisory Board and a Teaching Fellow at Australia’s College of Law on innovation for the Master of Legal Business course and was the Inaugural Chair of the Chief Innovation Officers Forum.

MBA qualified, she has worked in a range of legal strategy and change management roles in Dubai, London, Brisbane and Melbourne in global law firms and consulting companies.